PETALING JAYA, Sept 1 (Sin Chew Daily) — Foreigners who are residing in Malaysia under the Malaysia My Second Home Program (MM2H) may leave if the government does not review the program which has been revised with stricter conditions.

Many feel betrayed and are unhappy with the revised criteria which have raised the qualifying standards for foreign residents to reside in Malaysia.

Foreign residents who have planned to renew their permit to stay in Malaysia hope the government will review the revised criteria after the Sultan Ibrahim Ibni Almarhum Sultan Iskandar of Johor has voiced his views on the strict conditions.

Foreign residents say they may opt to leave Malaysia if the government refuses to review the revised conditions.

They also say the revised conditions should be applicable to new applicants and not existing residents renewing their stay in Malaysia.

Malaysia My Second Home Consultants Association president Anthony Liew said the association had e-mailed the Home Ministry and the Ministry of Tourism, Arts and Culture to clarify some of the new conditions. In an interview with Sin Chew Daily, Liew said the association hoped that the review could be carried out in four segments.

First, the monthly income of a foreigner joining the MM2H program has been increased from RM10,000 to RM40,000.

The fourth segment is that a MM2H resident is to stay a minimum of 90 days in Malaysia.

The association has said by increasing the income threshold to RM40,000 a month, more would be opting to reside in developed countries and the minimum bank savings of RM1 million is too high for some.

It said increasing the minimum savings in bank account to RM500,000 is reasonable while the current asset should be revised to an increase of one-and-a-half fold to RM750,000 for those below 50 years old and RM450,000 for those above 50.

The association also proposed that a MM2H resident stay a minimum of 14 to 15 days a year instead of 90 days in Malaysia.

MM2H resident identified as Yoshimaru, 72, who has been living in Malaysia with his wife since 2013, said he felt he was betrayed by some of the new conditions of MM2H and refused to accept them.

A retired civil servant in Japan, Yoshimaru said he only relied on his pension for living.

“The sudden increase of monthly income from RM10,000 to RM40,000 has caught us by surprise. We do not meet the criteria.

“This should be applicable to new applicants and not those who intend to extend their stay here,” he said.

Yoshimaru said he believed 95% of Japanese who have joined MM2H are unable to meet the new criteria.

The requirements to have a minimum of RM1 million of savings in bank account and RM1.5 million of current asset are also deemed to be too harsh.

Yoshimaru, who loves living in Malaysia, said he would have no choice but to leave if the government refuses to revise the new conditions.

“My friend told me if the new conditions do not change, he would have to sell his home, maybe at a loss, and leave Malaysia. We no longer trust the government of Malaysia,” he said.

Another MM2H resident, Madam Bai, 46, who has been living in Malaysia with her three children since 2012, said she had many Chinese friends who are upset with the new conditions of MM2H and hold the view that the government of Malaysia is not trustworthy.

Her permit is expiring in December next year and she is upset by the new conditions as her youngest son is still studying in an international school here.

“We need to top up cash to renew our permit to stay here. I don’t feel good.

“This is like you sell your car, two years later you ask me to top up because the car has been sold too cheap. Don’t you feel angry?”

Madam Bai, who is from Guangxi, China, told Sin Chew Daily in an e-mail interview that many of her Chinese friends opt to sell their homes at a loss to leave Malaysia.

“Some plan for their children to study in international school in China or overseas as an alternative,” she said. 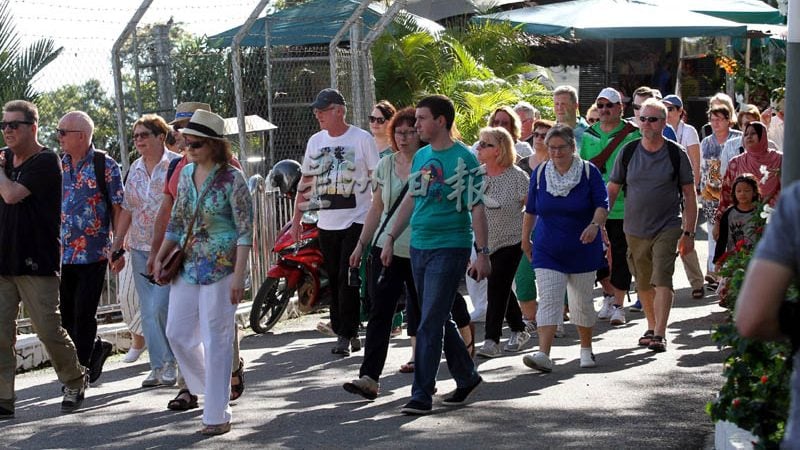 Azam should respect the parliament: select committee member
6 h ago Tonga cut off by volcanic blast
8 h ago Shorter quarantine in preparation for endemic phase
9 h ago Anxious wait for overseas Tongans after huge eruption
10 h ago Generational politics and COVID-19: Who will prevail in GE15?
13 h ago