Ismail Sabri’s administration only has a very short honeymoon period.

After his cabinet was sworn in by His Majesty Yang di-Pertuan Agong on Monday, and after the Merdeka celebrations on Tuesday, everyone will have to get to work starting Wednesday because the prime minister’s “100 days” record for the new cabinet is supposed to fall on December 9, exactly a hundred days from Sept 1.

Since everyone says that this massive cabinet line-up is made up of almost entirely old faces, then the members should have had the experience in dealing with their respective departments I guess, and they do not need to start everything anew. All they need is to change the way they think in order to put up a good show within their first 100 days in office.

The efforts by the new government can be divided into two main parts. Firstly the big direction of the country’s development, including political reforms, battling the coronavirus pandemic, and revitalizing the anemic economy. This can be implemented and achieved through collaboration with the opposition.

Secondly, the various departments will have to set up their respective KPIs in the midst of the pandemic, and it is hoped that these KPIs can stand the test of time and are not drawn up just to show to people. 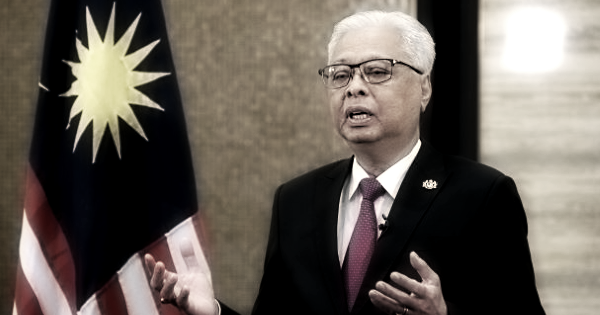 Looking back at the 17 months of Muhyiddin administration which was plagued by stubborn challenges posed by the opposition and later Umno from the ruling coalition itself.

As a result, the ex-PM spent half of his time trying to keep himself in power and has therefore performed very badly in running the country.

When Muhyiddin stepped down from office, the cumulative number of COVID-19 infections in the country breached the 1.5 million mark with almost 15,000 deaths, not to mention severe economic contraction during his time, disruption of classroom lessons for school students and hundreds of billions in government’s financial handouts to ease the people’s burden.

Ismail Sabri’s administration is lucky to be relatively free from disruption from the opposition as well as his own party, and this invariably puts him in a more advantageous position than his predecessor.

For one thing, the opposition Pakatan Harapan has displayed some goodwill in its willingness to cooperate for the sake of the rakyat as well as political reforms, as it is prepared to join Ismail’s national recovery council and a special committee to tackle the COVID-19 crisis.

Now that PH is willing to cooperate, the prime minister should seize the opportunity to discuss any issue that is related to the pandemic and revitalizing the national economy. This will pave the way for the legislation of laws on party-hopping, asset declaration by civil servants, government procurement, etc.

Support from the opposition will remarkably facilitate the implementation of PM Ismail’s policies. In the interest of the people, all the reform bills should be first negotiated with the opposition before their adoption in the parliament for enhanced efficiency.

In the past, the country’s laws have always been drawn up and passed wholly in the discretion of the ruling party, and such a modus operandi will no longer be appropriate for the country’s political situation today.

The prime ministers must harness the strengths of both the government and opposition to come up with positive solutions that will prioritize the well-being of the rakyat and save him from being reduced to a lameduck PM.

Ismail does not have too much time to waste. He must act fast to forge a cooperation with the opposition while boosting the morale of his cabinet colleagues in order to successfully implement his reform agenda.

We only have one demand from the new cabinet, that is all the members must set the bar high on themselves!

For example, communications and multimedia minister Annuar Musa said the 80% adult vaccination rate by end of the year should be include in the report card for the government’s first 100 days. Given the vaccination rate of about 350,000 doses a day, by right 100% should be the standard, and not just 80%.

Meanwhile, former health minister Adham Baba has bragged that the government is now researching a new COVID-19 vaccine that should go into first phase clinical experimentation in 2023. Is that any different from Mohd Redzuan’s flying car project?

It is time for Ismail to demand that his cabinet ministers work more and talk less, as too much of rubbish talk will only cripple his government.

As of Tuesday, the country reported a total of more than 1.74 million positive COVID-19 cases and 16,500 deaths.

Although the government’s vaccination program has shown some encouraging results, the pandemic remains very much challenging.

On his first day of work, the new health minister Khairy Jamaluddin reminded the ministry officials to continue working hard because we have not yet fully contained the virus. He has set 95% vaccination rate, three-digit daily infection numbers and single-digit deaths as his KPIs for 100 days, taking cue from neighboring Indonesia.

The country has suffered widening fiscal deficits and negative economic growth over the past two years owing to the pandemic. As such, different government departments must have substantial solutions to increase their revenues while trimming unnecessary expenses. A V-shape rebound is impossible unless we can achieve at least 7% of economic expansion by next year.

The three most important aspects that concern many Malaysians today are the pandemic, economy and their children’s education. It is hoped that with full cooperation between the government and the opposition, coupled with a more united and hard-working cabinet, there could be bright prospects ahead for the new government to bring some truly meaningful reforms to the country.

Malays should have more faith in our pluralism
6 d ago

Keluarga Malaysia: come on let’s get real
1 w ago Bipartisan collaboration serving the needs of both sides
1 mth ago

Open letter to PM: Dark clouds gathering over the Land Below the Wind
1 mth ago
Read More

Budget 2022: our wish for the hospitality industry
2 h ago

Don’t expose others to danger
18 h ago