NSEOUL, Sept 2 (AFP) — North Korea has rejected around three million doses of a Chinese Covid-19 vaccine, suggesting they should be given to countries in greater need, Unicef said Thursday.

The impoverished North was the first country to impose a strict lockdown when it sealed its border in January last year to stop the virus spreading from neighboring China, where it first emerged before sweeping the world.

Pyongyang insists it has yet to see any cases of the virus — a claim that analysts doubt — but it has paid a huge economic price for the blockade, with the regime admitting in June it was tackling a “food crisis”.

Regardless, the isolated country told UNICEF — which distributes vaccines under the COVID-19 Vaccine Global Access (Covax) programme for low-income countries — that the Chinese-made vaccines could be given to others, the UN agency said.

North Korea’s public health ministry “has communicated that the 2.97 million Sinovac doses being offered to DPR Korea by Covax may be relocated to severely affected countries in view of the limited global supply of Covid-19 vaccines and recurrent surge in some countries”, a UNICEF spokesperson told AFP.

Pyongyang would “continue to communicate” with COVAX “to receive COVID-19 vaccines in the coming months”, they added.

In July, a South Korean think tank affiliated with Seoul’s spy agency said Pyongyang had also rejected shipments of AstraZeneca’s vaccine offered by the Covax scheme, apparently over concerns about side effects.

The Institute for National Security Strategy added at the time that the North was not equipped with sufficient cold chain storage for the Pfizer and Moderna vaccines, while being skeptical about the effectiveness of Chinese vaccines. What is this really about?
14 h ago Omicron in Europe before S.Africa reported first cases
15 h ago 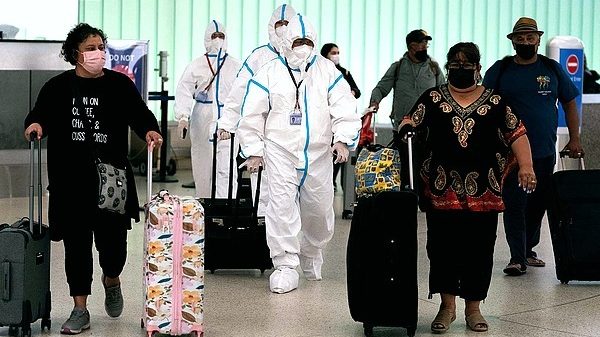 SJKC signages to include school names in Chinese
17 h ago