Font
The resurgence of RUU355: should we be alarmed?

The RUU355 much trembled by non-Muslims in this country, or what some call the Hadi Awang bill, is back in the picture after several years of hiatus.

PM Ismail Sabri says the RUU355 of the Shariah Courts (Criminal Jurisdiction) (Amendment) Bill is currently in the midst of drafting and will be presented to the state for discussion middle of next month, which is, in general, just for formality sake. Once it is adopted, it will then be tabled in the parliament.

Hadi has on three previous occasions tabled the RUU355 amendment bill, in May and November 2016, and April 2017. As PAS was still an opposition, the private member’s bill was not adopted by the then BN government.

Now that the sitting government is a marriage of PN and BN, sure enough their child will carry Hadi’s DNA, and there is no way for PAS to abandon the old bill!

It is still premature to deduce that the RUU355 amendment bill to be tabled by the government is the old Hadi Awang bill. As we haven’t yet seen the actual content of the government bill, we can conclude that it will be the exact version of Hadi Awang.

But, the jurisdiction of shariah courts will be expanded once the bill is adopted, and this will invariably squeeze out our existing courts and legal system established upon the British system.

Non-Muslims will become alarmed, fearing that the secular Malaysian society will become growingly Islamized, undermining the nature of our pluralistic society. Kelantan passed the Hudud law years ago while similar Islamic laws have also been adopted in the Terengganu state assembly, even though they are yet to be executed due to a clash with the federal Act 355. The current Act 355 has set out the jurisdiction of the shariah courts, forbidding jail sentences in excess of three years, more than six strokes of caning and over RM5,000 in fines. In other words, the Act 355 has blocked the execution of shariah laws. Amending Act 355 will open the door for the Hudud.

To be fair, Hadi Awang’s private member’s bill is by comparison more lenient than the two east coast states probably to avert possible panic and fear towards Hudud. The amendment bill seeks to increase the 3-year ceiling for jail sentences to 30 years; six strokes to 100; and RM5,000 fines to RM100,000. It nevertheless does not mention limb amputation or stoning.

That having said, there is still a wide disparity between the Hudud and the existing criminal law. For instance, premarital sex is basically not a punishable crime, but under shariah law, it could constitute the act of fornication punishable with long jail terms and up to a hundred strokes of caning; 80 strokes for drinking and up to 30 years imprisonment for apostasy.

Although PAS has reiterated that the Islamic law is only applicable to Muslims, many non-Muslims and some Muslims are worried that the expanded jurisdiction of shariah courts will threaten the country’s secular laws and make the country more Islamic.

We have to wait for the official announcement on the content of the amendment bill to tell whether the Ismail Administration’s RUU355 amendment bill is identical to Hadi Awang’s bill. Any change to the Act will concern the Malaysians, as it will affect the integrity of the country’s institution. It entail not only the Muslims, but Malaysians as a whole!

Before tabling the amendment bill at Dewan Rakyat, the federal government should not only present it to the states for discussion but should also allow parties on both sides of the political divide to discuss in manifesting the spirit of bipartisan collaboration. Why is Hadi helping the Taliban?
5 mth ago 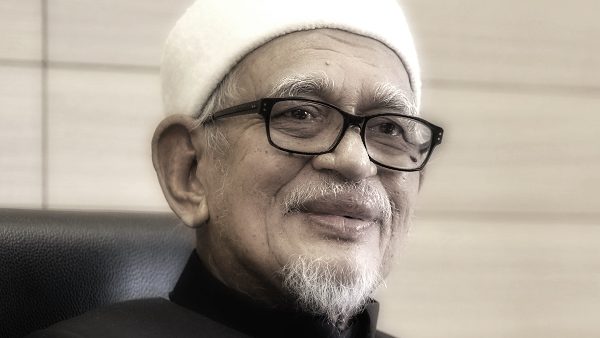 Saudi artists marvel at surprise patron: their own rulers
23 h ago