Law minister Datuk Seri Wan Junadi Tuanku Jaafar was reported to have said a few days ago: Talks, gatherings or assemblies by any individual or political party will not be allowed in an election campaign if it is held during the pandemic.

And he also said candidates or parties would be encouraged to use social and print media for campaigning.

Print only? How about online news portals? Never mind that for now. That is for another day.

But by Junaidi saying what he said, does this mean GE15 is about to be held anytime soon?

However, Junaidi was “merely” giving a written parliamentary reply to Betong MP Robert Lawson Chuat who wanted to know the planning and preparation of elections during the pandemic. It’s not that the minister was “ suggesting” or “indicating” anything.

As always, we do not know when the election will be held. It could be sooner or it could be later. But irrespective the date, one thing we can expect is the expected. Or should I say something we know will happen come GE15.

And we can count on race-based political party or parties to deliver that “something”.

For them, to use their “expertise” to look for excuses to be turned into racial issues. To win votes obviously.

This has always been their practice come election time. For years. In fact, even after elections have been concluded (the result of which did not favor them) the parties would deploy such tactics i.e. first “creating” then fanning race and religion sentiments.

We’ve seen it happen during the Pakatan Harapan stint as federal government.

Remember the anti-ICERD demonstration? And the many allegations of attempts to proselytize Muslims? Also the tragic death of firefighter Muhammad Adib Mohd Kassim during riots at the Hindu temple in Subang back in 2018 which was used to ignite anger among the Malay-Muslim community.

Strangely, for the want of a better word, all the “fighting in defending race and religion” died down as soon as the Pakatan Harapan government fell.

Now, we are staring at what I call the 51% problem.

The duration to comply now has been moved from this December to next December.

This year or next, the reality is that the 51% Bumiputera equity rule will see all such companies being taken over by Bumiputeras.

Naturally, many non-Malays, in particular the Chinese, are not happy, to say the least. Hence, they voice out their concerns and unhappiness. Strictly business and logical point of view. Nothing racial.

I don’t have to repeat what has been said, as many would have heard and read about it.

Many Malays (thus classified as Bumiputeras) are also against the idea. Yours truly included.

Why? For one it’s not fair to the current owners who have worked and toiled for generations to build their companies only to see 51% equity shaved off.

It’s like robbing Peter to pay (rather give) Paul. Even that, not many Pauls or Alis, Ahmads and Joharis will benefit.

Muar MP Syed Saddiq Rahman puts the issue in perspective very nicely. All based on facts. Please Google if you missed what he had said.

And now we are hearing even Malay businessmen are not keen on the idea.

Old friend of mine veteran journalist Zin Mahmud posted on Facebook: “Bumiputera set up your own companies-lah. Do not take 51% equity from Chinese companies. We practice free trade system. Not communist system. Take over private companies.”

As we know, among the people who have spoken up against the government’s move was DAP’s Lim Guan Eng. Also based on facts.

Kedah Bersatu’s response was to give it a racial twist.

A statement issued by its information chief Khairul Anuar Ramli accused the DAP of blocking the Bumiputera agenda and thus “must be opposed”.

“As a country with Bumiputera as its core, we are compelled to work towards increasing the equity ownership of Bumiputera,” said the Bersatu man.

Yes, that is the voice of “only” the Kedah chapter of Bersatu. But expect that call to get traction in the entire party and other self professed parties of “defenders of bangsa dan agama”, especially during GE15 campaigning when the issue will be drummed up with other race and religion related issues.

And they be spurred on by the recent speech by Prime Minister Datuk Seri Ismail Sabri Yaakob saying the target of the NEP for a 30% Bumiputera equity in the country has not been met.

And not only that, said Ismail, the median income gap between the Bumiputera and Chinese Malaysians widened by four times over the last 30 years.

To opposition leader Datuk Seri Anwar Ibrahim, the decades-long Bumiputera equity policy only “benefited cronies”. And as said earlier, a substantial number of Malays believe not many among them will reap in the rewards of the 51% equity in freight forwarding companies.

But to the peddlers of the race card, they believe there will always be “buyers” among the community who would swallow whatever “things” they sell, lock, stock and barrel. Hence they will keep on selling. The non-Malays and the Armed Forces
2 mth ago 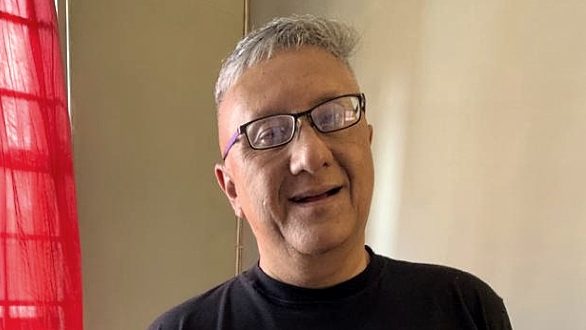 A matter of making everyone happy?
2 mth ago
Read More