Font
[Isshōkenmei] Everything is a good thing (17)

The Malaysian ringgit exchange rate plummeted by 50% during the 1997 regional financial crisis, forcing the government to eventually peg the local unit to the greenback at 3.80, unpegged only years later in 2005.

Even though the currency speculators sent the Asian currencies tumbling, triggering spiraling inflationary pressure and making life much tougher for everyone here, taking time off for a short break could be an ideal solution. As a matter of fact, I have noticed that in the midst of the crisis, some people showed a tendency for enhanced demand for quality of life and were visibly more appreciative of what they possessed at that moment.

Sure enough cash is always king, and only those who were loaded could afford such luxuries. The thing is, because of this group of people who would continue to spend bucking the general trend of austerity, our unbeatable fighting spirit was ignited.

As long as we have the right products, no matter how luxurious and unaffordable they might appear, there is always a market for such products even in a sluggish market.

Having given the idea some ripe consideration, Chow and I agreed that it was the right time to launch our Europe, America and Australia packages then. Chow was an expert in this field while I was a complete stranger. Even though I was just like a piece of blank paper, it didn’t really take me long to come to understand this logic.

Firstly, we identified our golden route, which was one that incorporated four to six European countries including the Netherlands, France, Belgium and UK.

In the midst of Asia’s economic gloom, it was common for Asian travelers to overstay and work illegally in Europe after entering the UK. Because of that, we were rejected entry at immigration checkpoints in Belgium and France. In view of this, we tried to exclude the UK in our regular itineraries.

The same thing happened also to our Japan and Taiwan tours. In short, owing to poor economic outlook back home, many Malaysians were forced to try their luck to work overseas, often illegally. From what I know, there were as many as 30,000 illegal Malaysian workers in Japan during the peak, another 20,000 in the UK.

As for the American tour, the golden route means California, LA, San Diego and the Mexican border areas. Back then it was relatively easy for Malaysians to get a US visa. Nevertheless, since the September 11 attacks, US travel visa requirements have been changing constantly and are very much harder now by comparison.

As for Australia, Sydney, Melbourne and Gold Coast have been all-time favorites among Malaysian travelers.

Chow was busy approaching major airline companies but unfortunately our young company had failed to make a dent in sales. Our air tickets were relatively more expensive compared to those offered by KenAir, Reliance, Sri America, Circle Vision, Mandarin Tours and other leading operators specializing in English-speaking packages. Moreover, we did not have the necessary Airline Plate to issue air tickets and all transactions had to be conducted in cash or cheques.

It was very challenging indeed, and this had a direct impact on our tour pricing. If we were to offer below-market rates, we would not make any profit at all. And if we priced our packages too high, there was no way we could sell. In addition to tour fees and market, our biggest bottleneck was the lack of an established branding, product quality and people had no confidence in us.

As such, over the next couple of years, I set out my plans to address the above problems. Company branding & industry reputation, product quality and market confidence remain very much our uncompromising benchmarks even until this day.

I always believe that if Apple is really serious about becoming a one-stop travel solution provider, we must not miss out Europe, America, Australia and even Africa. As such, our utmost priority is to expand our brand recognition among customers who believe that we not only do Japan, Thailand and China, but also everywhere else on this planet.

On top of regular retail tour packages, a travel agency should also provide incentive tour services tailored to the needs of individuals, companies and organizations, which would help expand our customer base. In view of this, we set up an incentive team to directly approach our past tour customers to sell them our customizable packages. Luckily, we were able to push our incentive products among customers who had joined our tours to Japan, Thailand, China, Hong Kong, Shenzhen, Europe, US or Australia.

During this particular phase of our development, I must thank and appreciate the dedicated efforts of a young team of fighters, including Raymond Lum, Gwen Teng, Hazel Sian, Ellyza Lee, etc. Collectively these people have helped lay a very solid foundation for Apple Vacations.

To be honest, until this day I can still recall all the wonderful moments working alongside these lovely people more than 20 years ago.

Over two decades now, today we can no longer do things the old “do first, fix later” way. Of course, we will remain constantly cautious in every step we make in the days to come. But one thing I really feel very strongly is that this travel business is one that coexists with natural and man-made disasters. Any untoward incident could have a huge bearing on our business, and could even wipe out everything we have overnight. As such, I have learned to make hay while the sun shines.

Looking back, I returned to Malaysia in 1995, and started my business early 1996, just before the Asian financial crisis kicked in in 1997. Along the way, the many storms that came our way further strengthened our willpower. We were totally unafraid of the massive waves similar to the ones we saw at Drake Passage in Antarctica, all because we firmly believed that everything is a good thing. Danum Valley, one of its kind in the world
5 d ago The guardians of Penang’s priceless legacies
3 w ago 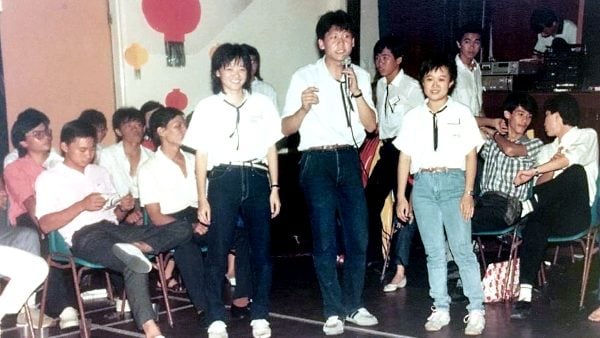 Salahuddin to contest Simpang Jeram, could be an MB candidate
18 h ago