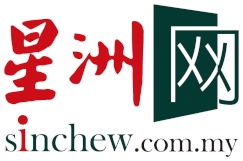 First, congratulations on the publication of your new book Capturing Hope: The Struggle Continues for A New Malaysia.

The name of the book offers one hope again.

This reminds me of the excitement when you led Pakatan Harapan to topple Barisan Nasional in the 14th General Elections where people were looking forward to a better nation. At that moment, all believed that a new Malaysia was finally born.

The Barisan Nasional, described by you as a regime tainted with corruption and power abuse, was finally defeated.

Due to the excitement shared by the nation, many were unable to sleep that night.

The Chinese was even more passionate and emotional, thinking that a new Malaysia had taken shape. The Chinese extended you and the Pakatan Harapan strong support hoping that the country would be better under your helm the second time. Generally, the Chinese felt that you would make use of the second chance to rectify the errors in the 22 years when you first became the Prime Minister.

However, the Pakatan Harapan collapsed in less than 22 months. You passed the blame to others again, not thinking that you should shoulder some of the responsibilities.

With your silent approval, the Malay Dignity Congress was held in 2019, hitting out at the Chinese education that caused the Chinese, who had voted for you, think that you burned the bridge after crossing it. You also said the Pakatan Harapan election manifesto was not a bible. Hence, the abolition of toll charges, recognition of the United Examination Certificate (UEC), the different stand on Lynas before and after the election have disappointed many Pakatan Harapan supporters.

At the launch of your new book, you shared some of your views. More than 90% of the Chinese voters who had voted for the Pakatan Harapan in the 14th General Elections were upset by your views.
First, you said a single stream in education would be the best education system for Malaysia. The existence of multiple streams hampered national unity and the shaping of a true identity.

You said this: “In Malaysia, we have 26 to 30% of Chinese and 10% of Indians where they maintain their culture and customs such as the Chinese eat with chopsticks while we use hands.

“Malaysians are very accommodating people. Because of this, assimilation is difficult for the Chinese. Instead, when the Arabs and Indians came to Malaysia, they were assimilated as Malays where they spoke Malays and behaved like the Malays. Hence, for the Chinese to be accepted by all, they should learn from the Indians and Arabs to assimilate and live like the bumiputras. “

In fact, I wish to inform you that a single language is not the only tool to unite the people. Otherwise, the Malay society would not be divided now.

In addition, I would like to say the fact that the Chinese eat with chopsticks and study in Chinese primary school do not cast negative impact on the love and loyalty to the country. Born and raised here, Malaysian Chinese are well versed in Malay Language. We recognize that Malaysia is our country and not China. Strictly speaking, there are fewer local Chinese who can’t speak Malay nowadays. Do not continue to have such stereotype on the people in your country.”

So, Tun Dr Mahathir, you are wrong. Secondly, during movement control order, people of all races live in hardship. The politicians, who should be looking after the welfare of people, are trapped in power struggle, regardless of the well-being of the people. At this juncture, we see many capable Malaysians from different education background extend a helping hand to many regardless of their ethnic groups.

In order words, people of different ethnic groups live in harmony and care for each other. There is no issue on racial unity nor language barrier. The unity issue that you mentioned earlier is a fake issue. In fact, politicians like you are the main culprit, not the type of schools. In reality, there are many people who actually work on fostering national integration. Instead, politicians are the ones who continue to divide the people with half-truth racist remarks.

So, Tun Dr Mahathir, you are wrong.

You also said that in order to progress, we should learn to accept a single identity, not Malays, Chinese or Indians but Malaysians. We totally agree with you on this.

You cited United States as an example. You said: Look at US, who are Americans? They speak American English, embrace American culture, love US and even see their country of origin as an enemy. They go to battle field when necessary, regardless of their names. Your name could have reflected Dutch, German or Kenya descent but all these are not important because you are an American. Can we have the similar approach to be Malaysians? “

However, I feel that you have too many biased views and misunderstanding about the local Chinese.

Since independence until today, the racial harmony that we enjoy is shaped naturally through mutual understanding, mutual respect and tolerance through interactions in daily lives but not assimilation. The diversity, inclusion and tolerance that we enjoy have been the scenic landscape of Malaysia.

I wish to say that the younger generation of Chinese may keep their culture and mother tongue but they regard themselves as Malaysians. Instead, politicians are the ones who repeatedly shout about national integration but continue to tarnish the fundamentals of unity with their actions. For instance, the sudden announcement of converting national language to Malay language to highlight Malays first. Some of the Malay politicians continue to stress Malays come first and not Malaysian first.

Then you take US as an example to say that despite having a black president, please take a look at the blacks who speak fluent American English in US. How is their fate?

At last, you drag Sin Chew Daily into the muddle by saying that Sin Chew Daily continues to attack DAP which leads to Pakatan Harapan losing support from the Chinese community. You cited this as one of the factors.

On this, I feel that you have overstated. Maybe there are someone continue to demonize Sin Chew Daily before you that lead you to have such perception.

Based on the state poll results in Malacca, the Chinese are still supporting DAP.

As a privately-owned newspaper, Sin Chew Daily has been playing the role as the fourth power in the past, at present and in the future. We support and agree with good policies while we, without fear, criticize policies which harm the fundamentals of the state including the rights of the Chinese community.

The story of a demonized Sin Chew Daily may include the allegation of frequently sensationalizing racial issues. To prevent you from being misled further, I would take this opportunity to share the editorial policy of Sin Chew Daily with you that apart from being transparent in handling news to offer a balanced and fair coverage, we insist on running the newspaper in a proper manner, upholding journalistic standard, values and ethics. We do not sell newspapers by sensationalizing news nor infringing privacy of others. At the same time, our editorial policy also covers giving emphasis to national integration, creating a society with positive energy through media influence.

Hence, Tun Dr Mahathir, as a smart person, how do you end up being fooled by those with an evil heart?

It is getting late at night after penning my thoughts.

I hope that when I wake up tomorrow, Malaysia will be a better place because this is my country and where my home is.