Font
Extreme weather could be a norm in future

Prime minister Ismail Sabri Yaakob has announced the establishment of a special task force in preparation for the second wave of floods. The task force will be chaired by chief secretary to the government Mohd Zuki Ali.

We would like to propose to the prime minister that extreme weather patterns worldwide this year have served as a forewarning that chronic droughts and unexpected floods could become the norm for Malaysia and the world in future, and that the government must take this into serious consideration.

During the two-week COP26 global climate summit beginning November 1, scientists worldwide issued a “global warming and climate change” ultimatum to nations that extreme weather patterns would be more frequent and intense over the next decade, and much more serious after that!

The focus of the summit was discussions among government leaders on how to reduce CO2 emissions in achieving the “carbon neutral” goal by 2050. This is an urgent task to save our planet from excessive warming.

That said, there are still 30 years between now and that deadline, and humanity will continue to face the threats of extreme weather every years. What do we mean by extreme weather? The massive storms and floods in China’s Henan province and Germany, as well as the severe droughts in Colombia, the 38°C excessive heat in the North Pole, tornadoes in the US and wildfires in Europe, Australia and the US, plus the massive floods earlier this month right here in Malaysia… these are just some of the “products” of extreme weather.

Well, it’s good that we have set up a task force in preparation for the second wave of floods, but this is only a short-term solution to tackle the disaster. Now that the task force has been put up, we must take proactive measures to prevent similar floods from happening instead of fixing up things only after a heavy downpour.

Other than uncontrollable factors such as unusually high rainfall and high tide, from what we have seen from videos posted by social media users and news reports, we can deduce that clogged drains and rivers were also culprits in the recent floods, and this is where the task force should seriously work on as soon as possible. While such work may not actually prevent a flood, at least it will minimize the damage from the disaster.

Unclogging the drains and rivers must be carried out simultaneously. So far we still have no idea what exactly the task force is going to do, but what we know is that if it doesn’t prevent the floods from happening again, then we can only wait for them to come and rescue us the next time the floods strike.

Massive floods are an annual phenomenon in this country, varying only in geographical locations and the extent of destruction. We can see that the homes of many people are being threatened by floods whenever it rains heavily for more than half an hour.

Scientists have said that the situation of extreme weather will only get more serious over the next three decades. In Malaysia, the natural disasters that might occur in foreseeable future are either floods or droughts. To prevent these disastrous events, we will have to implement long-term plans, not just a short-term task force put up hastily to fix the damage already done.

In our earlier articles in this column as well as contributions by some professional commentators, many suggestions have been made, including comprehensive compilation of information on the rivers of this country, strict ban on illegal logging, proper planning of catchment area protection, construction of dams, embankments, unclogging drains and rivers and an effective drainage system, among others.

Instead of building more highrise towers and rail projects, perhaps the government should channel some of the funds to improve our existing drainage system, because more extreme weather events are on the way! Sunset or new dawn for the British monarchy after Elizabeth II?
24 h ago 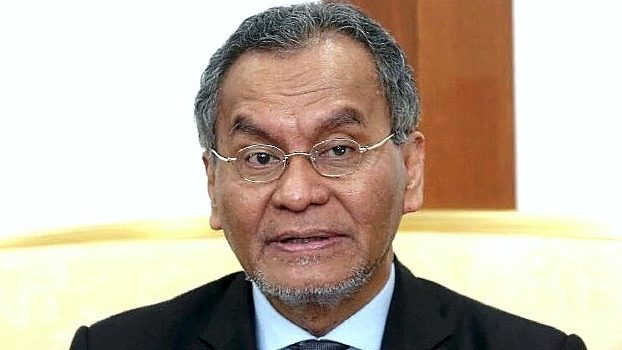