MENTAKAB, Dec 29 (Sin Chew Daily) — Flood-hit areas in Pahang are getting an excess supply of food and the flood victims now need pillows, mattresses and small appliances instead.

As most of their electrical appliances have been damaged in the flood, the flood victims now need small appliances such as kettles and rice cookers to cook and boil water.

“We suggest that those who are keen to help the flood victims donate small appliances instead of food,” he said.

Woo said the six stores he used to keep the donated items were now packed with food contributed by non-profit organizations and individuals across the country.

The food will be distributed to flood victims in the area.

Zhu Yong Hao, a volunteer from Mamas Bersih in Bentong, said small towns in Pahang such as Bentong, Karak, Telemong and Mentakab had excess contribution of food.

“When the flood victims were seeking shelters at the evacuation centers, they needed water and food the most. But as water has subsided, many have returned to their homes to clean up.

“Most of their electrical appliances have been damaged in the flood. Small appliances and cooking materials are the most useful for them now,” he said. 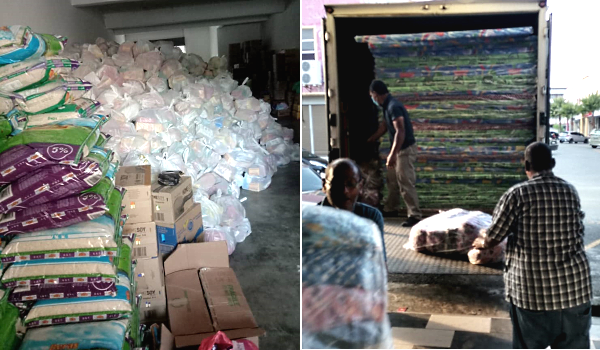 The Arctic’s tricky quest for sustainable tourism
8 h ago