KOLKATA (AFP) — A destitute Indian woman who claims she is heir to the dynasty that built the Taj Mahal has demanded ownership of an imposing palace once home to the Mughal emperors.

Sultana Begum lives in a cramped two-room hut nestled within a slum on the outskirts of Kolkata, surviving on a meager pension.

Among her modest possessions are records of her marriage to Mirza Mohammad Bedar Bakht, purported to be the great-grandson of India’s last Mughal ruler.

His death in 1980 left her struggling to survive, and she has spent the past decade petitioning authorities to recognize her royal status and compensate her accordingly.

“Can you imagine that the descendant of the emperors who built Taj Mahal now lives in desperate poverty?” the 68-year-old asked AFP.

Begum has lodged a court case seeking recognition that she is rightful owner of the imposing 17th-century Red Fort, a sprawling and pockmarked castle in New Delhi that was once the seat of Mughal power.

“I hope the government will definitely give me justice,” she said. “When something belongs to someone, it should be returned.”

Her case, supported by sympathetic campaigners, rests on her claim that her late husband’s lineage can be traced to Bahadur Shah Zafar, the last emperor to reign.

By the time of Zafar’s coronation in 1837, the Mughal empire had shrunk to the capital’s boundaries, after the conquest of India by the commercial venture of British merchants known as the East India Company.

The emperor, who preferred penning poetry to waging war, knew the chaotic uprising was doomed and was a reluctant leader.

British forces surrounded Delhi within a month and ruthlessly crushed the revolt, executing all 10 of Zafar’s surviving sons despite the royal family’s surrender.

Zafar himself was exiled to neighboring Myanmar, travelling under guard in a bullock cart, and died penniless in captivity five years later.

Many of the Red Fort’s buildings were demolished in the years after the uprising and the complex fell into disrepair before colonial authorities ordered its renovation at the turn of the 20th century.

It has since become a potent symbol of freedom from British rule.

India’s first Prime Minister Jawaharlal Nehru hoisted the national flag from the fort’s main gate to mark the first day of independence in August 1947, a solemn ritual now repeated annually by his successors.

Begum’s court case hinges on the argument that India’s government are the illegal occupants of the property, which she says should have been passed down to her.

The Delhi High Court rejected her petition last week as a “gross waste of time” — but did not rule on whether her claim to imperial ancestry was legitimate.

Instead the court said her legal team had failed to justify why a similar case had not been brought by Zafar’s descendants in the 150 years since his exile.

Her lawyer Vivek More said the case would continue.

“She has decided to file a plea before a higher bench of the court challenging the order,” he told AFP by phone.

Begum has endured a precarious life, even before she was widowed and forced to move into the slum she now calls home.

Her husband — who she married in 1965 when she was just 14 — was 32 years her senior and earned some money as a soothsayer, but was unable to provide for their family.

“Poverty, fear and lack of resources pushed him to the brink,” she added.

Begum lives with one of her grandchildren in a small shack, sharing a kitchen with neighbors and washing at a communal tap down the street.

For some years she ran a small tea shop near her home but it was demolished to allow the widening of a road, and she now survives on a pension of 6,000 rupees ($80) per month.

But she has not given up hope that authorities will recognize her as the rightful beneficiary of India’s imperial legacy, and of the Red Fort.

“I hope that today, tomorrow or in 10 years, I will get what I’m entitled to,” she said.

“God willing, I will get it back… I’m certain justice will happen.” 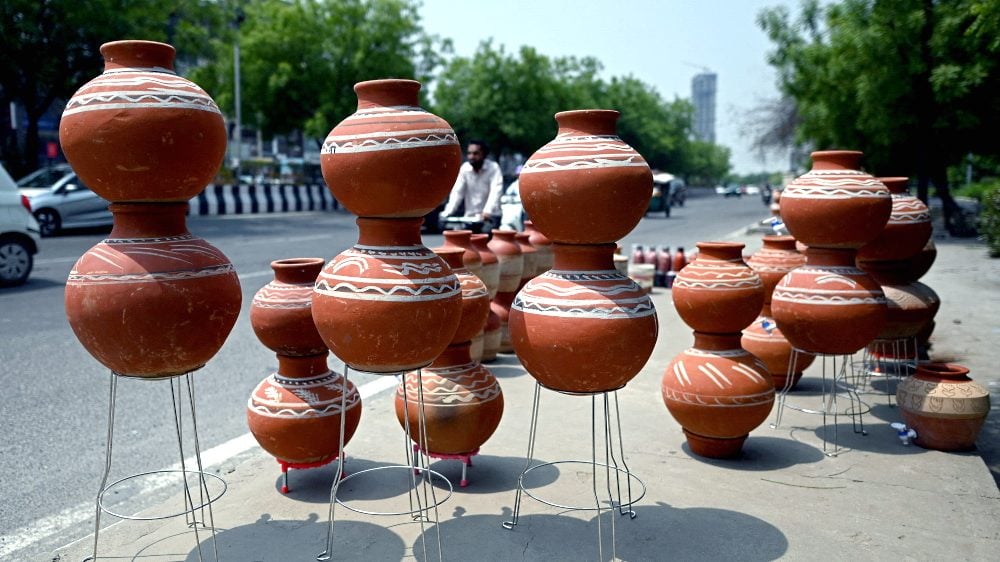 Chainsaws, ice and a sauna in India’s frozen north
3 mth ago
Read More

Give the youth a chance to lead
11 h ago