KUALA LUMPUR, Jan 11 (Sin Chew Daily) – Local commentator Bong Jenn Fonng said he was shocked and confused that he had been made a member of Malaysian United Democratic Alliance (MUDA) without he applying to join the party.

He told Sin Chew Daily that when he checked his e-mail yesterday, he found the mail from MUDA sent to him at 19:30 last Saturday (Jan 8), informing him that his application to join the party was successful.

“I was puzzled because I never submitted any application form to join the party.

“If Syed Saddiq who always chant the new politics slogan can’t even handle his party’s application mechanism properly, I don’t think he should call other political parties dirty.

“The Malaysian politics is chaotic enough. We never lack hypocrites!” He said so far no one from the party had contacted him by phone and had no intention to contact them first.

“I don’t plan to do so at this moment because I feel they should first explain to me what’s going on.

“I only hope the media can help me. Anyway, I have already tagged Syed Saddiq and I know he forwarded my post to his party members yesterday.

“I have no idea whether I’m the only one or just one of many who have received party admission notification from MUDA.”

Meanwhile, MUDA president Syed Saddiq explained that probably someone else had submitted the application form on behalf of Bong Jenn Fonng, adding that his “membership” had been canceled by the party.

“If you have received an e-mail but have not applied to join the party, please reply to the mail immediately stating that you are not MUDA member and we will settle your problem.” 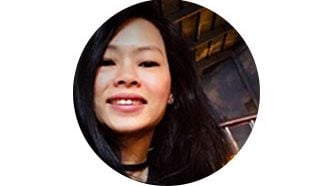 What should be the new ceiling price for chicken? Less than RM10 per kg according to sources
47 m ago The world widens after SPM
5 h ago From the reader: biased conclusions on Lam Thye’s revelation
5 h ago