Bank Negara says it will not intervene unless it detects “unfair and harmful practices”.

A week ago, former prime minister Datuk Seri Najib Tun Razak posted on Facebook that the 36% annual interest rate micro-credit facility jointly introduced by Touch ‘n Go and CIMB Bank was way too high, if it was not a misprint.

Initially we though Bossku was just attempting to show his existence again, but we later found out that the 36% exorbitantly high interest rate loan was very much real!

A simple check reveals that interest rates for unsecured and non-guaranteed personal loans offered by several banks in the country in 2022 are just around a fifth of what TnG and CIMB are charging now. For example, 5.5% for Standard Chartered, 6.5% to 8% for Maybank, and 3.99% to 8.38% for Alliance Bank.

So, is 36% interest rate for personal loans not considered high enough? Of course it’s extremely high! So high that we begin to suspect whether loan sharks have finally been legalized in this country!

The GOpinjam facility offered by TnG is extremely down-to-earth, handing out easy loans from as low as RM100 to  RM10,000, absolutely meeting the pressing needs of Malaysia’s B40 community!

GOpinjam is indeed a very generous plan that hands out cash in a matter of minutes.

Let’s hear what TnG has to say about its unrealistically high interest rate. Sounds reasonable at first thought: 36% annualized rate will only apply to loans shorter than three months, and the rate could go down to just 8% for longer repayment periods and lenders’ good credit reputation.

The company also said it would only release the loans to people who have the ability to pay back and meet its credit check criteria. 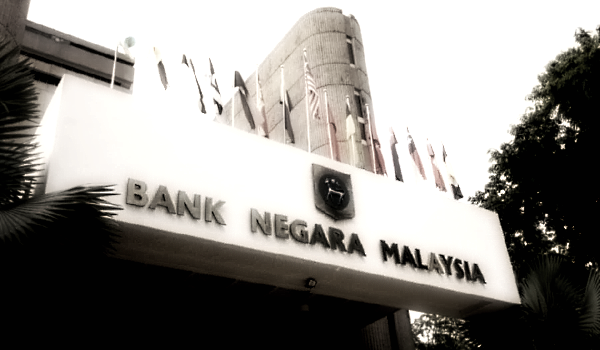 Well, the loan amounts are not too high, but who will borrow just RM100 or RM500? Probably only fresh graduates from impoverished families unable to get their employers to advance their salaries to pay rents and necessities. What kind of “personal credit” do these young people have?

So they will start borrowing, and then keep borrowing, over and again until they are squeezed under a heap of debts. They are lucky they do not deal with loan sharks, but if they don’t pay back, the bank will still come after them and make sure they lose their remaining bit of creditworthiness.

Then who will borrow 5k or 10k? Who else but the three million B40 households, or young people who need a second-hand motorcycle to start a food delivery job?

These people won’t boast enviable creditworthiness, but they are the ones who need the help most.

We do believe GOpinjam will hit the loan sharks’ “business”, but banks are not what you can get along with comfortably. If you settle your loans regularly, you’ll have good credit, and can keep borrowing until you are choked by the mountain of debts.

Bankers are the educated lot and they therefore often “outsource” their debt collection business to people who are very tough to tackle!

Despite the controversy, Bank Negara has said it will not intervene in the “commercial decisions of financial service providers”, simply meaning it will keep its hands off, unless it “detects unfair and harmful practices”.

The central bank has listed principles to follow before applying for loans, but to those too poor to put food on table, these reminders are useless.

In its stead, Bank Negara or the finance ministry must set out the rules to be conformed to by all signing parties to make sure the rights of members of the public seeking loans from banks are guaranteed. Unauthorized withdrawals: BNM and banks must not just keep quiet
3 w ago Early rate hike a sign of good times ahead?
2 mth ago Encouraging creativity in children
8 h ago