After boasting of having no Covid-19 cases, North Korea has finally admitted to an outbreak.

At the 8th political bureau meeting of the 8th Central Committee of the Workers’ Party of Korea (WPK) held on May 12, General Secretary Kim Jong-un called for a thorough implementation of “state emergency epidemic prevention work and tasks” due to the detection of the Omicron BA.2 variant from persons with fever in the capital Pyongyang on May 8.

Since late April, an unknown fever “spread explosively across the country,” with about 187,800 people reportedly being in quarantine or undergoing treatment as of May 12.

It was announced that another 174,400 or so fever cases were found on May 13, and Kim Jong-un revealed his sense of crisis, referring to the outbreak as one of the greatest instances of turmoil to face the country since its founding.

The use of the expression “persons with fever” rather than “infected persons” is likely a reflection of a lack of test kits for the virus.

Kim Jong-un ordered officials to “lock down all cities and counties in the country” and called for other Covid-19 countermeasures of unprecedented severity, while still emphasizing the need to continue production activities as “there should be nothing missed in the planned economic work.”

As such, he appears to be exploring ways to shift to living with Covid-19, while still aiming for zero-Covid.

A ballistic missile test was conducted also on May 12 when the first infections became apparent, which shows that Pyongyang is determined that weapons development will continue, the pandemic notwithstanding, but North Korean media has not reported on the missile launch at all.

As a rule, the media would announce the missiles’ model and flight distance both domestically and internationally on the day of a test as a way to display the country’s military power.

The thinking was that trumpeting North Korea’s own weapons capabilities would act as a deterrent against the United States.

Given the lack of reporting about the launches on May 4 and 12, some observers thought that Pyongyang might be shifting to a policy of concealing its weapons development.

However, we now know that Covid-19 has emerged as a major crisis for the country, and it is possible that the media is keeping quiet about the enormously expensive missile launches to avoid stoking dissatisfaction among the population as they face economic hardship and disruption.

South Korean President Yoon Suk-yeol, newly inaugurated on May 10, quickly signaled a policy of offering “humanitarian support” in the form of vaccines and pharmaceuticals to North Korea, acknowledging the outbreak.

The move is shrewd, giving Yoon the chance to take the initiative on the Korean peninsula by reaching out in a humanitarian sense while simultaneously adopting a hardline stance on North Korea.

For North Korea, though, the focus is not South Korea but the United States. Unless there is progress in negotiations with Washington, the economic sanctions won’t be lifted, support from South Korea and other players will be limited, and North Korea will have little hope of achieving economic development.

Russian vaccines also won’t necessarily be free. Yet Pyongyang has consistently refused vaccines from the United States, despite several offers to provide them.

The problem is that North Korea considers the volume that the United States can provide to be woefully insufficient.

Assistance through the international vaccine support framework COVAX cannot provide enough vaccines for all of its 25 million citizens.

Moreover, Pyongyang is extremely wary of UN officials entering the country to monitor vaccine use.

It also has issues with infrastructure, such as a chronic power shortage, not to mention a lack of refrigeration facilities necessary to bring in live vaccines.

With North Korea now admitting to a Covid-19 outbreak, vaccine negotiations will likely begin in earnest.

North Korea is the poorest country in Asia, with chronic issues such as a fragile healthcare system and poor nutrition.

The Food and Agriculture Organization of the United Nations (FAO) and the United Nations Children’s Fund (UNICEF) has announced that North Korea’s rate of undernourished people was 42.2% from 2018 to 2020, far worse than even Afghanistan (25.5%), so securing vaccines and pharmaceuticals is an urgent task.

Kim has said that “It’s vital to research the pandemic prevention policies of advanced countries. In particular, we should actively learn from China’s excellent results.”

The explicit mention of the country “China” hints at importance still being attached to China-North Korea relations.

Having turned a blind eye to the missile launches, the Xi Jinping administration is unequivocally against North Korean nuclear development.

All eyes will now be on the vaccine diplomacy, as well as the question of whether North Korea will attempt nuclear tests even if it damages relations with China.

Is North Korea hesitant to conduct a nuclear test?
18 h ago The three COVID-19 pandemics
4 d ago Saudi artists marvel at surprise patron: their own rulers
2 h ago 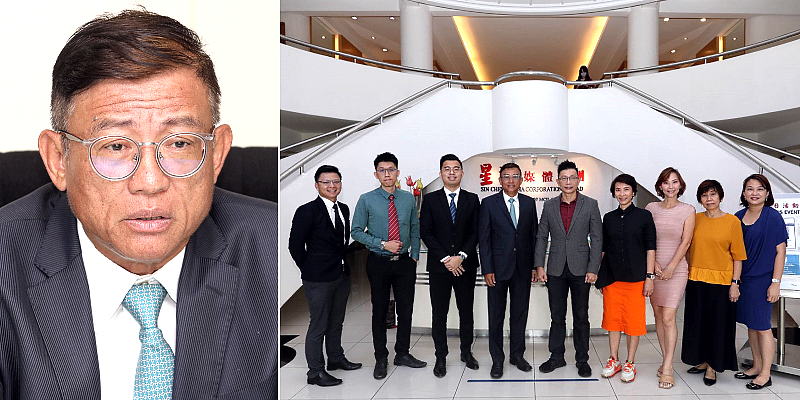 80% Chinese without a will, RM80b inheritance unclaimed
19 h ago