In this article, I will highlight three most significant signals that mark the very end of Bersatu or PPBM as a political party.

The first signal is the resignation of Zuraida as a minister and Bersatu member as well as her announcement to be in the newly formed Parti Bangsa Malaysia.

The second signal is the recent statement by PAS leader, Hadi Awang that Umno and PAS still maintain a good relationship.

The third signal is the announcement by Ismail Sabri that he would let Zuraida keep her post… for now.

Before explaining my three signals, let me write a preempted eulogy for Bersatu as a political party.

Bersatu was formed by Tun Dr Mahathir and Mahiaddin, two former members of Umno no longer welcomed or accepted by that party.

Both left or were forced to leave due to their asking Najib to resign over the 1MDB issue.

Were Tun M and Mahiaddin doing a favor for Malaysia by taking on the leader of Umno? Certainly not.

Mahiaddin was eyeing the top post as he was next in line. Tun M wanted to save his legacy and make way for his son Mukhriz for PMship. These two reasons are common knowledge.

When Bersatu was formed, Pakatan Harapan had invited it to join in the fight against the BN. The strategy was that Bersatu would pull away enough Malay votes from Umno.

The plan succeeded even though Bersatu only won eleven seats in parliament.

Because of the generous heart of Wan Azizah, Anwar and Malaysians in general, Tun M was given the second chance to be PM.

Bersatu enjoyed a strong political presence with Tun M as the PM.

When the Sheraton Move destroyed PH, Mahiaddin became PM. Bersatu further enjoyed a strong political presence and began to influence PAS to its side by giving PAS leaders lucrative posts that Malaysians thought were inappropriate.

When Mahiaddin was about to lose political power, he initiated the Emergency that many thought was unnecessary.

It was to be proven so when PAS strongman Takiyuddin said in parliament that Emergency that had taken hold for many months was no longer relevant as it was never debated and therefore annulled.

When Umno court cluster engineered a coup d’état, Umno was back in power with Bersatu no longer having the most powerful office.

When Umno sealed the MOU with PH, Bersatu lost totally its threatening power over Umno.

When Umno initiated their two state elections in Melaka and Johor, Bersatu openly declared war on Umno and it lost embarrassingly but its vote count was impressive with the low voter turnout.

Bersatu also did badly in the Johor election but its vote count was still impressive.

Truth be told, Bersatu has always depended on another political party as it does not have any grassroots following nor does it have any significant election machinery.

Going into GE15, Bersatu again will depend on PAS to deliver the Malay votes and Gerakan to deliver non-Malay votes.

Sabah and Sarawak politics is now turned inwards to their own indigenous parties and no longer covet Semenanjung political influence.

Now, what are my three signals that Bersatu has reached its end despite its fighting presence in the two state elections?

Firstly, Zuraida who has resigned as a minister has announced her membership as a PBM member.

This signals the expected exodus of the Sheraton Movers who will in due time also do the same.

The Sheraton Movers will never be accepted into Umno or PH and so PBM was created to be ‘Malaysian’ and not ‘Melayu’ in spirit.

Good luck convincing that to the voters-lah. Soon the other Bersatu members who had jumped ship from Umno would return to Umno or join the PBM ship, leaving the original members of Bersatu like Mahiaddin and Hamzah Zainuddin manning a sinking ship.

Secondly, the PAS leader who has been speaking about a strong support for Bersatu in the two state elections is now saying the relationship between PAS and Umno in Muafakat Nasional is still intact.

After his own harsh and arrogant words and clear enmity with Umno in the two state elections, Hadi is now licking his own spiteful words and now wants to curry favor with Umno.

If PAS leaves PN, Bersatu will most certainly die in GE15, as it can no longer be accepted into the BN coalition.

Being a rival for Malay votes, the field is already crowded with PAS and Umno.

Thirdly, when Ismail Sabri announced that he would let Zuraida stay on as a minister, Bersatu was in panic disorder mode.

Many of its MPs and strongmen have reminded the PM that Zuraida’s post belong to Bersatu. But Ismail has taken a quiet but deadly position to retain Zuraida.

What does that mean? It may mean the Sheraton Movers who are all Bersatu members may have struck a deal that PBM will be the BN weapon to pull in votes from non-Malays and some Malays.

BN already has MCA and MIC, but PBM is multiracial and may even be able to drown both MCA and MIC as the new kid in town.

Despite Saifuddin Nasution’s warning that traitors will be punished by the voters, well, PBM who will probably enjoy the BN’s machinery of elections may very well bring back the Sheraton Movers as cabinet members while Saifuddin and gang go on seating in the opposition chairs if the PH does not inspire confidence for all Malaysians to come out to vote.

Thus, with these three reasons, I predict that Bersatu’s life will end.

So, Goodbye Bersatu. Many would not really say it was nice knowing you. 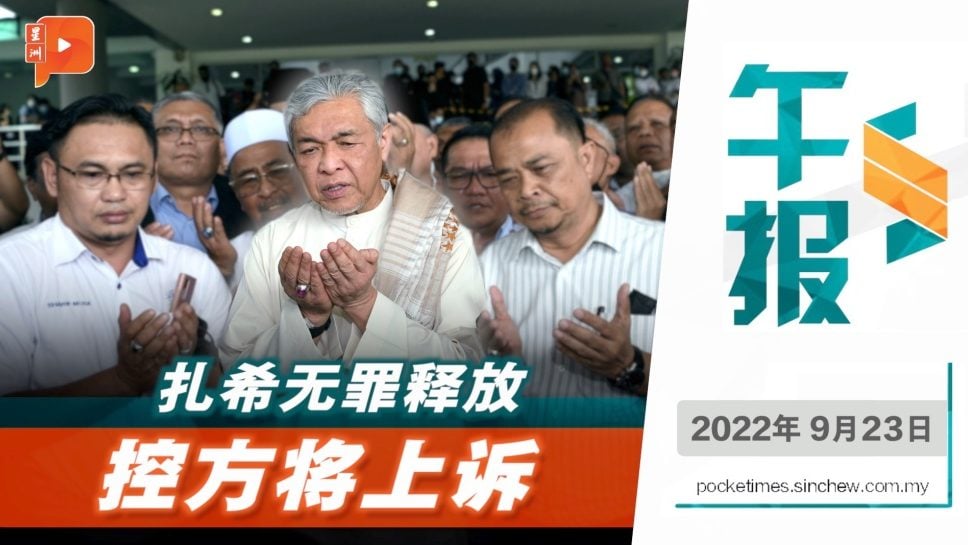 The two faces of the Islamic Reform movement
1 w ago A Malaysia Jalur without Gemilang
3 w ago Is Hadi making a religious, academic or a political statement on non-Muslims as the main cause of corruption?
1 mth ago A Merdeka without maruah
1 mth ago
Read More