Does the government just want to continue to please the people or is it planning for our future? The decision will very much depend on the administrators’ wisdom!

Finance minister Tengku Zafrul says the government still has sufficient funds to continue to subsidize fuel prices. However, he also says the government’s long-term plan is to restructure the existing fuel subsidy framework to benefit the targeted communities.

The question is, how to make fuel subsidies benefit low- and middle-income groups that need the assistance most?

Prior to this, the government gave some signals of its intention of reviewing the fuel subsidy mechanism owing to the exorbitant financial burden, but in the end nothing has changed.

The government has recently announced not to extend the ceiling price mechanism for chicken and eggs while abolishing the subsidies for 2, 3 and 5 kg bottled palm cooking oil such that the retail prices of these food items will be determined solely by market forces effective July 1.

What the public are worried is that these items are bound to get very much more expensive and may trigger chain reactions among other food items as well as daily necessities, the prices of which are anticipated to surge accordingly.

Fortunately subsidies for RON95 and diesel will be retained, or the next round of price hikes will become too unbearable for many.

Anyway, it is not a workable long-term solution for the government to keep subsidizing petrol, diesel and LNG. Government subsidies will rise each time the crude oil prices soar above US$100 per barrel, and very often the high-income group will benefit the most from the government’s generous fuel subsidies.

At this moment the government provides RM2.50 of subsidy for each liter of RON95. When the actual market value of RON95 is RM4.55 per liter (in tandem with fluctuating international crude prices), the government will have to subsidize RM125 for every 50 liters of RON95 purchased at RM102.50 pump price.

Former prime minister Najib Razak has estimated that many high-income road users have shifted from RON97 to RON95 in order to “save some money”, but the more they fill their tanks, the more the government has to spend on them, and the amount could even be higher than the assistance funds set side for B40.

This is apparently quite unfair to people who need government assistance most.

Najib’s suggestion is not to abolish fuel subsides but bring up the RON95 ceiling price. The government has plans to gradually reduce fuel subsidies. In fact this has been planned for many years, from BN to PH and the current BN/PN administrations. They have come up with all kinds of solutions but so far none has been put into implementation.

Meanwhile, local economists and various business organizations have also made their own proposals to rationalize and institute a more targeted subsidy mechanism, but again it is hard to put this into implementation, given the difficulty in execution and the possible issue of unfairness.

Due to the deteriorating traffic in major cities and towns of late, the issue of car ownership once again comes into public limelight.

In conjunction with the opening of a new MRT line, the government offers free public transport rides for the public for one whole month in hope of encouraging them to switch to public transport and reduce the number of vehicles on the road along with fuel consumption.

That said, to provide free bus and train rides to the people, the government must come up with a huge subsidy bill to the tune of RM155 million which benefits only commuters in Klang Valley and not specifically targeting the B40 and M40 communities.

The government should specify its objective of any measure implemented. For instance, savings from fuel subsidies are to be used to enhance intra- and inter-urban connectivity. Effective public education must also be instituted to encourage the public to use public transport.

Thanks to fuel subsidies, Malaysia’s RON95 price is among the lowest in the entire world, but this has also contributed to our increasingly serious road congestion as well as air pollution.

The government should seriously study why Malaysians would rather get stuck in perennial traffic and shun public transport.

Raising RON95 ceiling price could be a solution. Not only will this prevent high-income motorists from enjoying subsidized, low-priced fuel, it will also force the public to leave their cars at home and take trains to work.

But will this work in reality? The government must also take into consideration whether public transport efficiency will also be improved once fuel prices are raised, and whether the savings from subsidies will be spent on things that really benefit the rakyat.

As the finance minister has said, reducing and rationalizing fuel subsidies will necessitate a long-term plan.

Such measures must be implemented only after thoughtful consideration and planning in order to churn out the desired results.

Public frustration could ensue if the subsidies they have been enjoying all this while are suddenly withdrawn, or fuel ceiling price is raised.

How is the government going to tackle this? Does the government just want to continue to please the people or is it planning for our future? The decision will very much depend on the administrators’ wisdom! How bringing back lost species revives ecosystems
59 m ago Celebrating my son on his birthday
1 h ago

Philippines ramping up talks on nuclear power deals
17 h ago Sound and light installation
18 h ago Climate ‘tragedy’: Vanuatu to relocate ‘dozens’ of villages
22 h ago 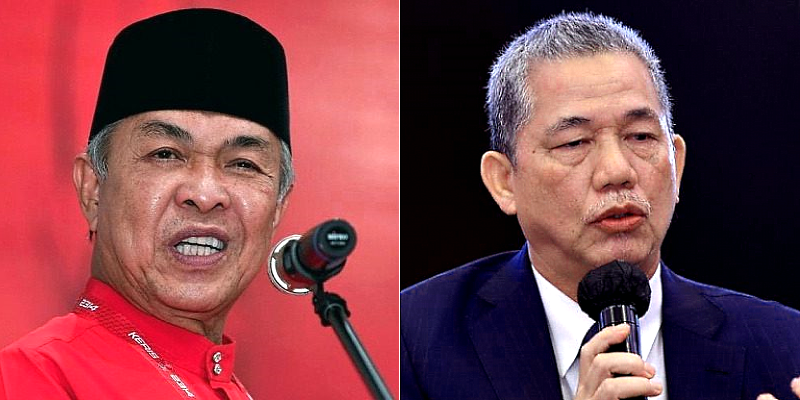