RIYADH: For years, Haitham al-Madini’s house was like all the others on his block: a beige, nearly windowless facade sealed off from the outside world — as Saudi Arabia itself largely was.

But two years ago, confined during a pandemic lockdown, Madini decided to open things up, adding a street-facing patio, redoing the exterior walls in limestone and installing soft lighting in the entryway.

Local architects and engineers say such features have become a hallmark of renovation and newly-built projects across the capital Riyadh as Saudis, spurred in part by revised building codes, embrace homes and businesses that are inviting rather than imposing.

The result is a kind of visual marker of the more welcoming narrative Saudi officials are pushing for the traditionally ultra-conservative kingdom.

In recent years “there have been manifestations of an architectural openness”, said Abdullah al-Jasser, owner of the AF Group design firm that worked on Madini’s house.

“People have become more accepting of change, and of different patterns of decoration and design.”

In addition to his home’s exterior walls and entryway, Madini spruced up the garden with tropical almond trees imported from Thailand and added a swimming pool, creating a new favourite lounge spot for his wife and seven children.

“Now there is an optimum use of the space,” the 52-year-old human resources officer told AFP, giving a tour in his traditional white robe and red-and-white headdress.

“We have taken a step towards improving our way of life.”

Breaking with the past

Traditional designs — like what Madini’s home used to look like — still prevail on residential streets in Riyadh.

On many homes, the only visible flourish comes in the form of tiny triangular windows typical of architecture in the central Najd region, where Riyadh is located.

The size of the windows reflects a desire not to let in the sun, especially when temperatures stay for much of the day above 40 degrees Celsius.

But he and other champions of new, more modern architecture find fault with the old approach, and not just because it can result in living spaces that are poorly lit and ventilated.

It also carries “great social impact… It contributes to a culture of closing in on oneself”, Alluhidan said.

Closed off is exactly what the kingdom was, socially and geographically, with for example no cinemas or tourist visas until the last few years.

Other trends, while not explicitly required, reflect changing social and gender norms, a main focus of reforms promoted by Crown Prince Mohammed bin Salman, the kingdom’s de facto ruler who became first in line to the throne five years ago.

Whereas in the past most houses featured separate reception areas with different entrances for men and women, newer floor plans envision everyone commingling in a single area, allowing for a more efficient use of space, Alluhidan said.

And whereas before exterior balconies were nearly fully enclosed, surrounded by latticed walls that let in air but not much light, more open balconies and terraces are becoming the standard.

Not everything has changed, however.

Even though women gained the right to drive in 2018, new floor plans for affluent Saudis still often include a room for a live-in driver, detached from the rest of the house.

Nevertheless, Alluhidan is convinced the budding mania for modern design “will change the culture of architecture in Saudi Arabia within a few years”.

These new preferences are not limited to residential properties. They are also reshaping commercial complexes and other public spaces.

Saudi restaurants used to have separate entrances and seating areas for families and single men, but authorities did away with that rule in late 2019.

The reform has helped drive a rethinking of how shopping centres should be organised, said Mohammed Abdel Moneim, supervisor of commercial design for a real estate development firm.

“The old designs used to serve the idea of a culture of separation and segregation between families and singles,” he said, describing what he termed a “radical change”.

Riyadh Front, an upscale shopping and dining complex with fountains and a tree-lined promenade, is one of the more prominent examples of this, bringing male and female shoppers of all ages together.

“There is demand now for these open spaces,” Abdel Moneim said, “where there is communication without restrictions between everyone.” 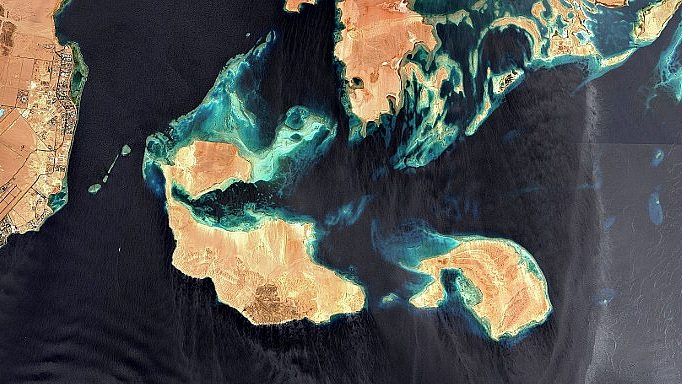 The Red Sea islands caught between Egypt, Saudi and Israel
7 mth ago Closing the care gap
13 h ago