HONG KONG: The amount of vacant top-tier office space has more than doubled in Hong Kong over the last three years as companies downsize operations, researchers have found, warning that demand could remain soft even if pandemic controls are lifted.

The data adds to warnings that Hong Kong’s luster as a business hub has been dulled by political unrest and a subsequent crackdown. Pandemic curbs have also kept the city internationally isolated while rivals reopen.

The jump came as a result of downsizing by nearly 950 companies, it said — a record high vacancy rate.

“The economic recession has prompted businesses to look at the office costs more carefully and reduce office footprint over the past few years,” said CBRE’s head of research Marcos Chan. Hong Kong saw huge and sometimes violent democracy protests in 2019, which often spilled over into core business districts and helped tip the city briefly into a recession.

Beijing responded with a crackdown that has purged the city of dissent and transformed its once outspoken vibe.

Hong Kong was kept largely virus-free until earlier this year when the highly transmissible Omicron variant tore through, killing over 9,000 people and leaving the city with one of the highest death rates per capita in the world.

Foreign businesses have chafed at the strict pandemic-era border controls which have kept Hong Kong internationally cut off, with some multinational firms opting to relocate their regional headquarters or some staff to rival cities like Singapore.

CBRE said departing firms from the United States, Europe, Middle East and Asia were behind the reduced office occupancy while mainland Chinese companies saw mild growth in their footprint.

But the report said “there is no evidence of a widespread corporate exit from Hong Kong.”

Between 2019 and this year, most sectors cut down on office space with the exceptions being the legal, real estate and healthcare industries as well as government departments, CBRE said.

“New and expansionary demand from mainland Chinese companies will grow at a rate of no less than 770,000 square feet per annum,” CBRE said.

8 dead, including 6 Chinese nationals, after ship sinks near Japan
3 d ago

Do you prefer digital ‘red envelopes’?
4 d ago 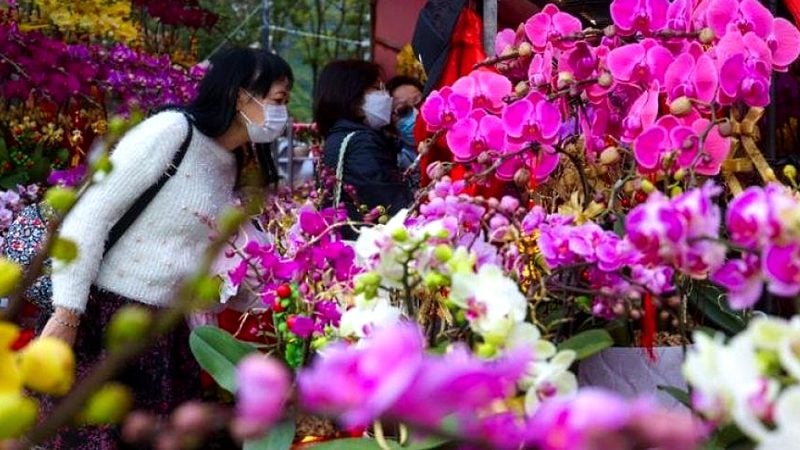