In 2019, the relationship between Japan and China was seen to be on track towards improvement. However, the China Coast Guard (CCG) has become more active around the Senkaku Islands than in the previous year. From the Japanese point of view, that gap between China's posture in its diplomacy and in the water is unavoidably perceptible. This trend remains intact or has further intensified after the COVID-19 coronavirus first appeared in China at the end of 2019 and later spread to neighboring countries.

As is widely known, Chinese military actions around Taiwan increased while measures to combat COVID-19 were emphasized. And China set up new administrative districts in the South China Sea while many different countries struggled to contain COVID-19. Moreover, in the East China Sea, several unusual events occurred in May.

First, it was reported that two CCG vessels entered Japanese territorial waters for two consecutive days, specifically on May 8 and 9. The Japan Coast Guard (JCG) website publishes records of the day-to-day activities of Chinese government vessels in Japanese territorial waters and in the contiguous zone around the islets under Japanese administration, which are claimed by China as the Diaoyu Islands. This record shows how unusual it is to see their activities on two consecutive days. In the recent past, there were a cumulative total of four to eight actions per month by government-operated Chinese ships in Japanese territorial waters and around 100 in the contiguous zone. Some argue that it is possible that this activity may increase in May and later months.

Second, 1,000-ton CCG vessels approached and chased a 10-ton Japanese fishing boat from the contiguous zone into Japan's territorial waters. Since 2013, there had not been any instances of Chinese government vessels approaching and chasing a Japanese fishing boat. China has now resumed these actions. In the most recent case, JCG patrol ships in Japanese territorial waters also approached the fishing boat and ordered the Chinese vessels to leave the waters. The atmosphere was tense. However, the Chinese ships eventually left the area.

It is speculated that China may think that now is a good opportunity to make changes to the military and security status quo, while U.S. power is disrupted by COVID-19. Therefore, Beijing is attempting different challenges to the status quo, not only in the South China Sea but also in the East China Sea. Joint military exercises were conducted recently by China and Russia in Japanese littoral waters.

The Japanese media covered this matter relatively intensely, but the Japanese government showed only a lukewarm reaction. Kazuyoshi Akaba, Minister of Land, Infrastructure, Transport and Tourism, in charge of the JCG, has made no specific comment about the matter. An exception among Japanese cabinet members, Defense Minister Taro Kono openly expressed his own caution toward China. In April, the number of scrambles conducted last year by the Japan Air Self-Defense Force was announced. In reaction to the report revealing a rise in scrambles against Chinese air force planes, he voiced severe criticism, revealing concern about China.

China is currently providing support for countries troubled by COVID-19 under the slogan, "Solidarity and Cooperation.” Meanwhile, its relationship with the United States has entered a new phase, and discussion about the U.S. exit from hegemony have become widespread in the country. According to this perception, it is possible to alter the current order in the surrounding sea areas where China has confronted the U.S. military. China may possibly see that U.S. power has been fading gradually after the 9.11 attacks in 2001, the financial crisis of 2008 and this year's COVID-19 outbreak in the United States. However, it is thought that China will need to carry out a careful review, including a review of whether its aggressive foreign policy following the 2008 financial crisis attained its intended goals and of how its neighbors' perceptions of China have changed.

(Shin Kawashima is Professor at University of Tokyo, Japan.) 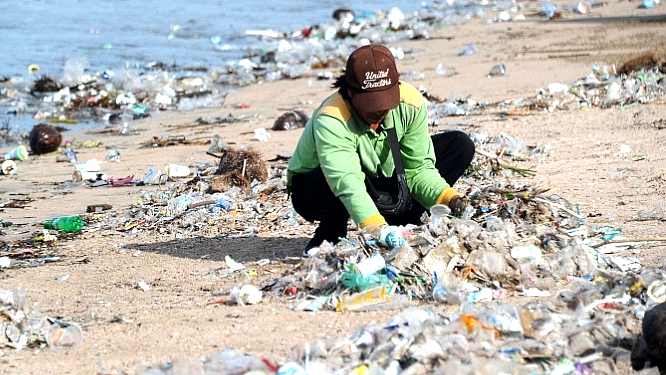