Font
Why did it take so long to remove the Perak MB? The fact that Ahmad Faizal Azumu was forced to resign is not a surprise, but it is shocking that it took so long to get rid of him.

The pundits, political analysts and Umno-Baru politicians have had many days postulating about his removal.

Many said that it was pay-back time for PN because the Umno-Baru candidate was refused the position of Sabah chief minister.

Others claimed Umno-Baru was flexing its muscles to force Muhyiddin Yassin to accede to their demands, including the post of DPM.

A few claimed that Ahmad Faizal was removed for selling the Perak state owned oil palm plantation, PT Pinang Witmas Sejati in Palembang, Indonesia, to a Singaporean company at a rock bottom price.

Ahmad Faizal's departure was probably a combination of all the above, but three significant points stand out.

First and most importantly. Ahmad Faizal was an abysmal failure at his job. He is a career politician and he knows nothing about commerce or industry.

None of the parties – Umno-Baru, PAS, Bersatu or PN, can claim that they have the interests of the Perak people and the state at heart.

They do not. They only promote their own interests.

PAS has tasted power, Umno-Baru has lost power and is desperate to wrest it back to plunder the state of Perak once again, hence last week's vote of no-confidence, even if it meant conspiring with the Opposition.

Ahmad Faizal was a non-performer and under-achiever. Weeks after GE14, many politicians' degrees were exposed to be fake. Ahmad Faizal was finally forced to admit that he failed to complete his studies and did not have a degree.

The former Perak MB reneged on many promises to help the poor. He dismissed the concerns of the Orang Asli community and ordered loggers to trespass on OA ancestral forest land.

His constituency is Chenderiang, and he won GE14 by the skin of his teeth (39 votes) because the OA had probably voted for him.

He angered vegetable farmers in Chemor who had tilled the land for four generations by giving away their farms to Perak state footballers who won a match against Terengganu.

He ignored the concerns of environmentalists and approved many closed tenders with companies with paid-up capital of RM2, which were awarded contracts worth several millions of ringgits to log forests.

Second. Ahmad Faizal was the architect of his own downfall because he could not handle instant power and the responsibility that came with it. In other words, he was power-crazy.

Being elevated to MB and later becoming the Bersatu deputy president increased his arrogance and greed.

Whilst many people were forced to tighten their belts, he bought a new fleet (16) of Toyota Camry cars for the state executive council members. During the pandemic, when many people faced retrenchment and starvation, he boasted about his new luxury Lexus ES sedan paid for by taxpayers.

By right, he should not have become the Perak MB in 2018. Perakians were told that he was the alleged choice of the erstwhile prime minister Dr Mahathir Mohamad, because Ahmad Faizal was once Muhkriz's aide.

Working as a junior aide to Mukhriz did not qualify him for the post. This was cronyism at work, and he was promoted beyond his ability.

Most important of all, Ahmad Faizal was not the people's choice!

Perak was once the richest, or second richest, state after Selangor. In the 1980s, Perak's fortunes changed when Mahathir tried to corner the global tin market, but his excessive greed caused the Maminco scandal which decimated the tin mining industry. Many miners and associated tin industry workers were forced to leave Perak, some working overseas in Chinese restaurants washing dishes.

Ahmad Faizal's lack of creativity and vision was a drawback. He failed to attract the youth and professionals of Perak to return to the state and invest in its future.

When Pakatan Harapan won GE14 in 2018, Perak was on a knife edge and many Perakians were furious when the person they least expected to become MB, Ahmad Faizal, was chosen. Their fears were confirmed later.

Third. Ahmad Faizal is a poor judge of character. With friends like Umno-Baru who needs enemies as he soon found to his cost, because Umno-Baru led a motion of no-confidence which led to his downfall.

The irony is that last year, Ahmad Faizal, who was then still in Harapan, was caught on video criticizing DAP leaders just before the Tanjung Piai by-election. Who wants friends like Ahmad Faizal who talks behind your back?

Malaysians distrust political frogs who have no loyalty. Depending on how the wind blew, Ahmad Faizal was once an Umno-Baru youth leader, then joined Bersatu and was part of the Harapan coalition.

Soon after Harapan fell, he joined the PN coalition and became Muhyiddin's blue-eyed boy, not realizing that Muhyiddin surrounds himself with bigger fools so that he can shine.

Some people may claim that Ahmad Faizal will be replaced with another incompetent person from Umno-Baru, if they can find anyone less competent.

Incompetent politicians can and will be kicked out. If there is a will, there is always a way.

We did it in GE14, and we did it again with Ahmad Faizal.

3. The Star: Perak MB: No open tender for forest project, company got it through directors' 'vast experience' UAE’s latest bet on tech: a ministry in the metaverse
1 h ago In Ukraine’s south, bicycles wait for their owners’ return
15 h ago 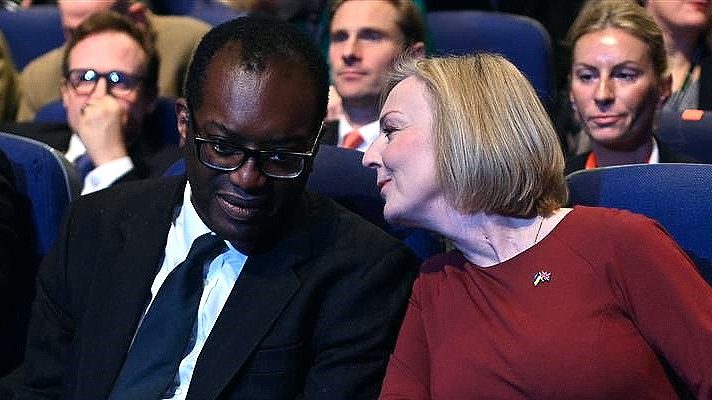 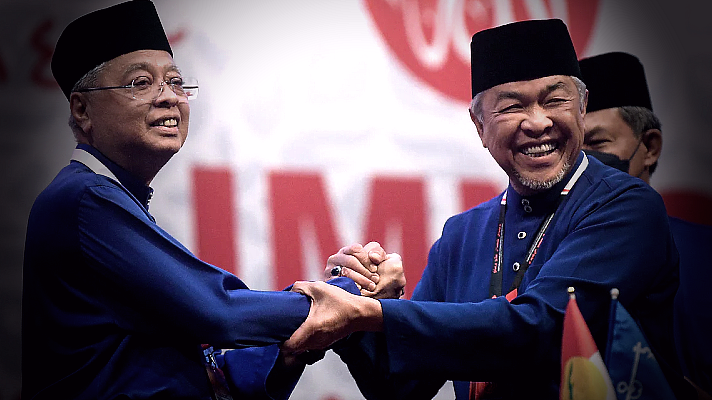 What the rakyat want
19 h ago