A day does not go by without news of human rights violations in countries across all regions of the world. In Southeast Asia region itself, we are confronted with arrests of political dissidents and activists in Cambodia; infringement of media freedom and freedom of expression in Malaysia; repression of dissent in the Philippines and the list goes on.

COVID-19 has in much extent exacerbated the existing threats to human rights and peace in the region. Certain groups such as refugees and migrant workers continue to be denied their rights and face discrimination. Malaysia’s xenophobia response to migrant workers in Malaysia is one example.

The question that must be asked is: have human rights failed?

Before we move into our judgment of have human rights failed, it is crucial for us to first ask ourselves, what are human rights?

Human rights are rights that belong to all of us by virtue of being human. Underpinning all rights is the foundation of non-discrimination and inalienable on the basis of gender, race, religion, sexuality or any other grounds. It involves rules and norms for human interaction, which very often explained with a moral component. As time goes by, human rights is codified into the forms of declarations, laws and institutions that classify how humans should treat each other. Basically, it refers to what we need in order to live a life with dignity.

There have been various misconceptions of human rights in the Southeast Asia region. The most profound one is the belief that international human rights reflect western values, and it would be insensitive to try to impose them on non-western cultures. The concept of Asian values is sometimes being put forward to counter argue the universality of human rights.

Some might question, how can human rights be universal in such a politically diverse world? What is to be done when fundamental rights clash with one another? Which rights should prevail? Whose rights should be given priority?

Of course it could not be deny that it is equally important to be culturally sensitive as what we can observe in the debate between universalism and cultural relativism, however to divide it between western vs non-western has ignored the evolution of human rights itself.

For that reason, the text of the international human rights instruments has been carefully drafted. For instance, when a country ratifies a human rights treaty, they can put forward their reservations concerning certain provisions if they wish to do so.

Moreover, countries are expected to incorporate these instruments into their domestic laws.

As I quote Dalai Lama in his speech delivered in 2008 during the 60th anniversary of the Universal Declaration of Human Rights (UDHR): "Internationally, our rich diversity of cultures and religions should help to strengthen fundamental human rights in all communities. Underlying this diversity are basic human principles that bind us all together as members of the same human family.

The question of human rights is so fundamentally important that there should be no difference of views about it. We all have common human needs and concerns. We all seek happiness and try to avoid suffering regardless of our race, religion, sex or social status. However, mere maintenance of a diversity of traditions should never justify the violations of human rights. Thus, discrimination against persons of different races, against women, and against weaker sections of society may be traditional in some regions, but if they are inconsistent with universally recognized human rights, these forms of behavior should change. The universal principle of the equality of all human beings must take precedence."

Fundamental human rights are designed to protect the inherent dignity of all of us, despite our different culture or background. Similarly, no one should be tortured, or imprisoned without a fair trial, or deprived of fair access to food, water, health, shelter or education. These principles that emphasize on human dignity, and of the importance of justice are reflected in the teachings of all religions and all cultures across the world.

The UN General Assembly adopted the UDHR in 1948 by a vote of 48 in favor (14 European and other Western nations, 19 from Latin America, 15 from Africa and Asia), none against, and 8 abstentions. Over the decades since the adoption of the UDHR, governments from all regions have expressed their support for the 30 Articles in the UDHR including freedom to leisure.

The other turning point in the history of human rights that needed attention is the Vienna Declaration, adopted by 171 governments with consensus at the 1993 United Nations World Conference on Human Rights. The Declaration reaffirmed that, "All human rights are universal, indivisible and interdependent and interrelated. The international community must treat human rights globally in a fair and equal manner, on the same footing, and with the same emphasis. While the significance of national and regional particularities and various historical, cultural and religious backgrounds must be borne in mind, it is the duty of States, regardless of their political, economic and cultural systems, to promote and protect all human rights and fundamental freedoms."

So, have human rights failed?

The stark fact is that human rights have proven far more useful to us than it did to those living in its own time. Apart from the UN, different regions and countries have legal systems that can protect and implement those rights. Often, what is lacking is the willingness to do so. Moreover, the myths and misconceptions of human rights need further clarification and understanding. What we needed is to find ways to demystify the human rights. Human rights are for everybody, irrespective of who you are and where you are from. 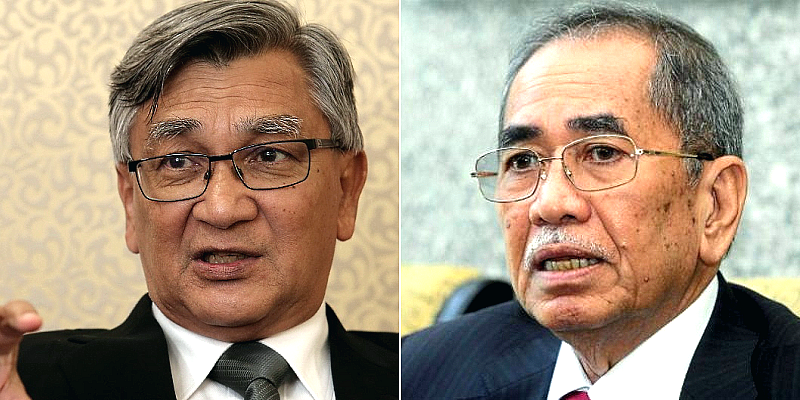 PH’s choice of Speaker: Ariff or Wan Junaidi
9 h ago