When I wrote the article A Meaningless Merdeka last year, I thought that was my lowest point of feeling like a 'worthless' Malaysian.

But recently, when the Rulers met to decide whether to give PN emergency powers for perhaps in perpetuity, I remember feeling lower than the fishes swimming in my pond next to my glass living room.

I remember checking every ten minutes whether there was any announcement, and when it came I sat quietly at my computer thinking how the country came extremely close to becoming a dictatorship worse than the Mahathir or Najib eras…combined!

I felt totally disgusted, angry and completely 'worthless' , as  citizens, we should be given our democratic freedom back. I don't think I want to go through that kind of feeling again.

Now, the mainstream media is full of VIPs exhorting the people to support the Budget to be tabled in November. Why must this be so? Oh…to fight COVID-19, to kick start the economy, to ensure political stability and thus foreign investment and blah…blah…blah.

In this article, I will elucidate why I don't support this narrative of 'the country will collapse if the Budget is not passed'. I will give three reasons why I do not support this Budget. But then, I have no power to accept or reject because I am not an MP. I am just an ordinary citizen. I don't have any party. I don't represent any interest group or institution. I stand alone as a writer with a conscience of what Malaysia could be.

The first reason for me in not supporting this Budget is because the PN government does not seem sincere in honoring the spirit of democracy in this country.

As bad as Mahathir or Najib were, they never tried to meddle directly with its spirit. Both of them merely gave enough 'incentives' to certain players to 'look the other way' and went about their business making Malaysia like their own private company.

But they did not meddle with the core spirit of parliament.

Just for the record, when the Sheraton Move destroyed many Malaysians' dream of a just society, I was dismayed. But then, frogging is allowed legally in our system and I wrote to say let us give this new government a chance.

At first, this government performed very well by allowing civil servants to handle COVID-19. I also saw how the Malays were not circulating hateful and threatening WhatsApp messages because PAS and Umno were in power, so tensions eroded significantly!

Third, I was in awe at how Muhyiddin spoke like a concerned and wise father and how he never reacted angrily at the opposition's criticisms.

But that feeling of confidence in the new government changed considerably. For me, an ordinary citizen, I watched with concern when parliament was 'silenced' and sat for only one day for one agenda so as to disallow a vote of no confidence. This was a serious violation of our freedom as a citizen.

Next, I watched in surprise as the best Speaker in our history was removed unceremoniously and replaced immediately with a questionable individual who took his seat like it was his hereditary right.

I saw a video of a distinguished and learned lawyer expounding the proper procedure of electing the Speaker of the House. There was supposed to be two weeks between the resignation or removal of a Speaker and the appointment on a new one. There was supposed to be several candidacy and the House must vote for their choice. Parliament cannot sit during the two weeks until the new Speaker is sworn in.

The spirit of that appointment was violated from my eyes as an ordinary citizen. If that were not bad enough, the PM last week sought the audience of the Yang di-Pertuan Agong to ask for emergency powers so that he and his cabinet can rule without questions, scrutiny and in perpetuity at their own discretion.

How is an educated citizen like me supposed to feel when my democratic freedom is jeopardized by a seemingly imperial action? This would be the end of Malaysia as a country owned by its citizenry, not by an elitist group of power-hungry elected lawmakers.

Thus, why should I support a Budget to secure this kind of leaders who seem to be looking after their own positions and titles rather than that of the good of the country?

Secondly, so what if the Budget fails to pass? One of two things may happen; a dissolved parliament with an election, or the appointment of a new prime minister.

I asked several learned friends in parliamentary procedure. Can a new PM who has been sworn in, appoint his cabinet, sit and review a new Budget and table it before the end of the year? The answer was obviously…yes. The civil servants will still have their salaries until December. And if worse comes to worse their salaries will be one month late in January. Arrears will be paid in February. No civil servants will lose their cars or houses. Unlike many ordinary citizens who are working with half salaries, no salaries or no jobs, these civil servants are extremely lucky.

My children have lost their jobs and have pay cuts. I had to use my pension to prop them up. And also, coming back to the failed Budget, even if there was to be a general election, we can wrap it up in one month of virtual campaigning and a new government can be installed by mid-December. We do not need a long campaign if we do our campaigning in the new normal.

Voting, however, must still be done physically but the time to vote can be extended and stipulated for each age group to avoid crowds.

Finally, I do not support the Budget because Umno is using it as its leverage to get more of its members in lucrative positions and projects.

The statements by Umno MPs asking for goodies is the most disgusting display of horse trading blatantly thrown in the face of the citizenry.

For this action alone, I would support a new election just to get rid of these people from office. Tak malu langsung!

As my final words, I have the following things to say: I have no problem working with any 'backdoor government' and jumping frogs as long as that government promises to uphold the religious and cultural dignity of all Malaysians and ensure the sanctity of freedom of the citizenry under the true spirit of parliamentary democracy.

Those are the two thin lines I live with and require of my elected representatives who hold the power of governance. Violating one of those two lines means I am no longer a citizen of a country that we began with and dream of but a nation governed by leaders of the lowest morality and bereft of any integrity. 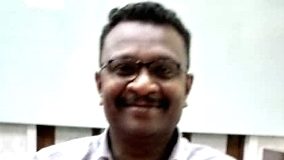 Sun, sand and stress: Unlikely lives of Afghan exiles in Albania
14 h ago