In a previous article, I had suggested that Malaysians may have to strategically give their votes to the MCA so that it can balance out the extremist elements of PAS… if PN manage to take Putrajaya in GE15.

Although many disliked my suggestion and have accused me of 'giving up' or 'having a naive and uninformed prediction', I would like to say that it is only my opinion as I gauge the situation with PH and the Malay society.

From my analysis, do Malaysians deny that the spat between Anwar, Shafie and Tun M is still prevalent? Do Malaysians deny that the Malays are getting more and more conservative by the day? Are Malaysians blind to the menteri besar incident that saw no mufti, royalty, NGO and politician from the so-called Islamist party reprimanding the man? So what the DAP and MIC gave him a talking to. So what? That simply increases the division between Malays and others even more.

Thus, in this article I would like to make a few suggestions to the MCA to change their political approach in their battle plans if they wish to gain the confidence of Malaysians that they are a new political party with new resolves, not the old ones who pay third fiddle and collect huge payoffs from Malay penyamun politicians.

Now before sharing my suggestions with my Malaysian brethren, I would like to announce the true name of the person I dubbed as 'Dr. Wong' in my Chinese New Year article.

Many have asked and I have now decided to speak his name. The person whom I referred to was Dato' Dr Alex Ong.

Now, I can't tell you much about the man as I met him for only three hours and then after a lapse of two years, he passed away of a heart attack, as I was informed.

He was introduced to me by a senior member of MCA in a workshop to reengineer MCA after their devastating defeat.

I told Malaysians how impressed I was with Dr. Alex in his prowess of not only speaking Bahasa Malaysia, but the knowledge of Malay culture and rudimentary understanding of cultural Islam as with any Malay.

The question I have of the MCA actually in this article is why is the political party not training their aspiring young politicians to be like Dr. Alex?

Why are the MCA MPs no better than the Chinese vernacular people who do not command any 'adab' and 'communication approach' of Dr. Alex?

So, my first suggestion for MCA is the party must send their next line of leadership that would contest GE16 to study Malay and Islamic civilization. Without this kind of expertise, anyone can accuse the MCA as simply pandering to the Chinese voters and can also accuse MCA as encouraging the gaps of understanding between the two races so as to be able to 'manage' the Chinese as before.

A new future for Malaysia must be led by some changes to this tired formula of Chinese party for the Chinese and Malay for the Malays.

To sharpen the training of twenty or so aspiring new politicians in MCA, I would also recommend that these future candidates become the anak angkat of a few open minded and intellectual Malays so that they can be part of the Malay society through these people. I will volunteer to take two anak angkat and introduce them into my Malay-Muslim family.

I hoped also that I can be introduced into their families so that we forge a bond of 'persaudaraan' and 'kekeluargaan' stronger than just a citizen brotherhood. I can also suggest several Malay names to be the keluarga angkat to the other candidates.

My third suggestion is for MCA to use their Tunku Abdul Rahman University College as a springboard for the new Malaysia and the new Malay-Chinese relationship.

The first act is to establish an Islamic and Malay Civilization Center where discourses with Malay intellectuals and open minded visionaries can be held to counter the narrow political narratives of Umno, PAS, PPBM, Pejuang and even to some extent, Amanah.

Next, MCA, through the accumulated funds in the TARUC account that I understand approaches more than half a billion RM, barely 10% could cover scholarships to Chinese and Malay students that would study at the center to become the next line of civil servants, military, police, MACC, academics and school teachers to the nation.

No Malay dominated government will do what I have suggested. We need to change the chess board if we want to see the next 60 years becoming different that the last 40 years.

It would also help if the Board of Directors of TARUC and the Chancellery contain some open minded Malay academics.

GERAK is an organization of mostly Malay academics who do not share the Malay and Islamic narrow dominance of race and religious politics in this country. Their pool of professors and academics are not only visionary but racially blind.

MCA has proved its mettle and has shown great leadership in the foundation of this country. In the last two decades, it has shown extremely poor political visions and came up short like Umno with politicians of personal and vested interest ahead of the rakyat.

If we are to avoid being a pariah nation, we must change the chess board.

I had advised DAP on some of the suggestions in this article but they are too comfortable in their 'success formula' to take notice.

Malaysians care not about which party to vote for as long as it shows commitment, vision and a winning formula for the future, they will give their vote.

I will vote MCA…if it is willing to change. If not, we will have another 60 years of the nonsense that we have had the last forty.

The ball is in your court, MCA as a new hope for the Chinese and all peace-loving Malaysians. Change or...jadi lebih kurang sama macam dulu saja!. Hong Kong warns WSJ of ‘incitement’ in editorial
5 h ago Tough journey ahead for business recovery
6 h ago 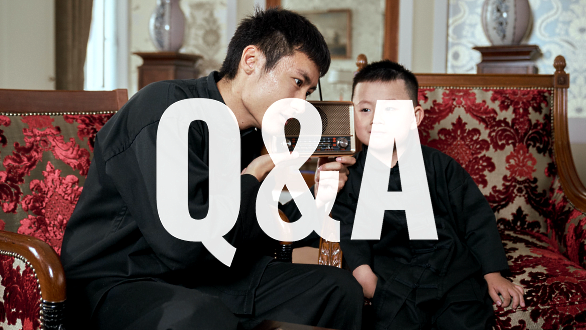 Overcome the struggles of first time fatherhood
11 h ago